To reduce the number of traffic/road accidents caused by impaired driving.

Why we create awareness on impaired driving

Our mission is inspired by the number of deaths witness in the U.S. and the world as a whole as a result of people driving while drunk or under the influence of drugs.

Although alcohol-impaired driving cases have decreased over the past decade in the U.S., more need to be done.

Alcohol isn’t the only drug to blame for road accidents. This is precisely why our focus is broader. Other drugs, apart from alcohol, whether legal or illegal account for approximately 16% of all road crashes in the U.S. every year.

Recent CDC reports have put marijuana users at a higher risk of causing accidents given the fact that 13% of nighttime weekend drivers usually have marijuana in their bloodstream. However, there is a consensus that other factors may increase road accident risks among marijuana users.

We are also troubled by the fact that most impaired driving culprits are young people who make up the majority of the population in almost all countries globally.

Last but not least, we believe the solution lies in awareness. If all drivers around the world understand the dangers of drunk driving and the simple solutions to avoid being part of the statistics, drunken driving cases will decrease drastically.

Drive Sober Illinois offers everything there is to know about drunk driving including simple, practical solutions.

We also understand the seriousness of distractive driving behavior such as using gadgets while driving.

A recent NHTSA report indicates that almost half of all drivers in the U.S. answer calls while driving and approximately 24% place calls while driving. Considering there are over 210 million licensed drivers in America, these are shocking statistics that need to be shared. The same report indicates there are over 660,000 drivers at any given time during the day in the U.S. using their cell phones or other handheld devices while driving. We raise awareness because we care!

Why Alcohol is Dangerous?

Alcohol isn’t the only drug to blame for road accidents. This is precisely why our focus is broader. Other drugs, apart from alcohol, whether legal or illegal account for approximately 16% of all road crashes in the U.S. every year.

Drunk driving is responsible for millions of deaths globally. Being aware of some facts can help you avoid being part of the problem. Here are some of the top facts you need to know. Top 5 Facts to Keep You Sober Behind the Wheel The severity of the problem (Death facts, prevalence facts and much… END_OF_DOCUMENT_TOKEN_TO_BE_REPLACED

Drunk driving is an offense because of the effects of alcohol on the body. To drive safely, you need different parts of the body to control your vehicle. For instance, you need your hands to steer your car. You need your feet to accelerate and brake Your also need your eyes to see obstacles. Considering… END_OF_DOCUMENT_TOKEN_TO_BE_REPLACED 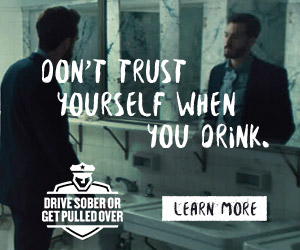